“If you only knew the magnificence of the 3, 6 and 9,
then you would have the key to the universe.” Nikola Tesla

• Renowned throughout history for the near magical effects they have upon the human condition.
• The number ‘3’ pattern repeats on the ancient healing frequencies, the sounds of creation.
• An original form of Solfeggio frequencies turned grief to joy to help a person connect with their Source, bring forth miracles and become more intuitive.
• They were used by the Church in Gregorian Chants but were slightly altered for public use to suppress higher awareness.
• A few of the original Solfeggio tonal frequencies are infused to my Quantum Scalar devices.

This page may appear as a departure from the main subject matter of ring devices and scalar frequencies but the Tesla quote from above will serve well as you read on. The three individual Solfeggio frequency pages explain their value benefits in the ‘Journey Ring’ devices.

The number three has played a significant role in the Solfeggio throughout history. It signifies unity, perfection, creation and even the cosmos. 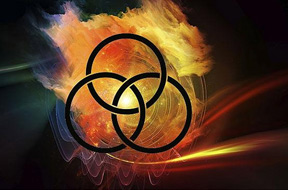 What is known as the Rule of Three is a principle which emphasizes the power of the number and its effectiveness. Based on the latin principle “omne trium perfectum”, everything that comes in threes is perfect and complete. The number six in relation to three is its double and twice as powerful. The number nine is the climax, the jewel of the threes, three times three, the Mathematical Finger Print of God.

The Solfeggio in the Pythagorean Skine method reduces numbers to their single digit integers, which lends support to ‘The Rule of Three’.

Is this what Tesla was drawing attention to nearly 100 yrs ago? Are these the clues containing a universal code of the universe? Perhaps within there exists a great significance to life and evolution.

The Original Greek Apocrypha lists a form of the original Solfeggio frequencies that were used for turning grief to joy to help the person connect with their Source to bring forth miracles to connect with their spiritual family to solve personal situations and to become more intuitive.

A different standard of musical tuning was utilized in ancient times, vs. those in use today. The tones of the Ancient Solfeggio Scale had been developed and given to the Church for a very spiritual purpose. It was during the Medieval period when the original Solfeggio Scale was used by the Church in Gregorian Chants. But not long afterward they were censored and slightly altered for public use. Was this meant to suppress the observed effects the tones had when humans sang these musical tones because they were powerful, perhaps too powerful? Was it because they cut through limiting thought forms into the deeper levels of the subconscious, accessing insights beyond belief systems? 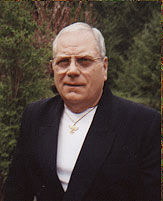 The altered Solfeggio’s remained in place for hundreds of years until the 1970’s when a man named Dr. Puleo, a naturopathic physician, began his research into the original Solfeggio. Dr. Puleo is given credit as essentially rediscovering the original Solfeggio frequencies. Dr. Puleo researched the Bible where he uncovered in Genesis a pattern of six repeating codes around a series of sacred numbers, 3, 6 and 9. When deciphered using the ancient Pythagorean method of reducing the verse numbers to their single digit integers, as mentioned earlier, the codes revealed a series of six electromagnetic sound frequencies which correspond to the six missing tones of the ancient Solfeggio scale.

While researching the tones, Dr. Puleo was directed to a Monsignor in Spokane, Washington who was the head of a university Medieval department. A single and only phone conversation between them lasted twenty minutes and ended abruptly with a “none of your business” from the Monsignor when Dr. Puleo asked specific questions about the Solfeggio. 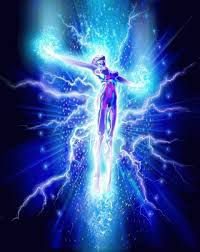 It became clear the original tones held mathmatic resonance, frequencies capable of spiritually inspiring mankind to be more “Godlike”. The altered tones effected change, alterations in conceptual thought as well, further distancing humanity from possibly becoming closer to Source. By changing the notes, enlightenment and well being were being kept secret. More recent research reveals the original tones can assist all the channels of the body in staying open and keeping the life force (the Chi) literally flowing thru the Chakra System freely.

Image on left of a home electrical meter with a 1 Sacred Cubit ‘Journey’ Meter ring in place around the meters lens, very discreet. It serves to create a serene peaceful atmosphere throughout a home or condo by altering the electrical sine wave which is inherent in all electrical wiring systems.

“Within 24 hours of application, I received relief from the morning numbness in my fingers and hands which I have experienced upon awakening since 2012 installation of the smart meter on our property.  Other attempts to offset the EMFs have had little impact — so I was thrilled to awaken “normally” the next day.
In sharing my experience with a friend whose office sits in between two recently installed smart meters, she immediately ordered two rings and is grateful to once again be able to sit in her chair without EMF disturbances; she plans to gift each of her family members a ring for their residences.” – C N, Colorado

The new paradigm is about sharing and empowering the individual.