What is a Tensor Loop? 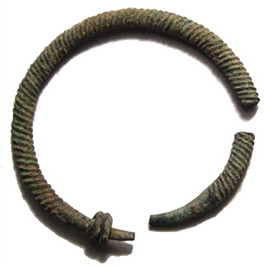 Tensor rings generate a toroidal vortex (an area of turning movement where the stream takes on a torus-shaped vortex).

Tensor ring devices have been around for thousands of years. The two examples shown here are dated artifact survivors from an ancient time. Each from a different period in earth’s history and attributed to vastly different cultures. So it may not be too far of a stretch to suggest such artifacts may have played a valued role over very long periods of time.

The big question remains, were these simply fashionable bling ornamentation or were they also subtle energy device as we have come to recognize Tensor as today? The artifact dated from ancient Egypt I personally located and purchased from a dealer of antiquities in Los Angeles. The piece came to be offered for sale from the estate of a noted state side collector. In my hands when the piece is held at fingertips it indeed does resonate with a vibration energy which I am exploring more with my ‘Consultants’ for what may be revealed. To say the least, this is very a interesting piece to explore.

Simple in concept yet powerful by nature.
This description may be a cliche but when the qualities of this tool are understood it makes perfect sense.

• Tensor Loop devices have been around for thousands of years.
• A Tensor Loop or Ring consists of two pieces of copper wire cut to a precise length, twisted and joined together in a manner which creates a field of energy across the open space of the ring.
• The frequency vibrations of a Ring can be felt as a subtle tingling sensation when holding a Quantum infused Ring. This is the Ring in operation.
• Potentized signature frequencies as energy pours out as toroidal vortex from a tensor field.
• The tensor field appears as a faint sheen thin film much like a child’s bubble ring.
• The energy field of a Ring organizes the molecular structure of organic material within the circle of the Ring.
• Within 24 hours a slight increase in Ph, higher alkalinity, has been shown to take place. 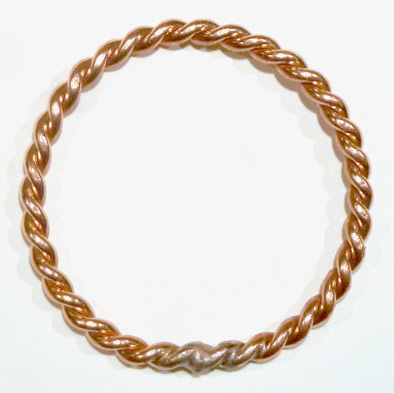 A modern Tensor Ring consists of two pieces of copper wire cut to a precise length then twisted together in a specific manner. The two ends of the twisted wire are then brazed together to form a closed loop coiled ring. When the joining of the two ends takes place a tensor field is created within the diameter of the ring. Researchers have photographed the tensor field frequency energy. 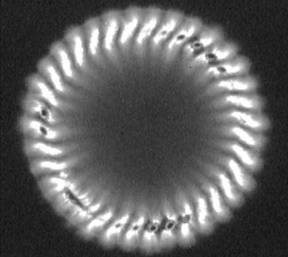 To the right is a GDV Image of a Tensor Loop. Gaseous Discharge Visualization (GDV) photography is the principal tool of bio-electrographic observation, analysis, and verification is Kirlian Photography, EPI/GDV, developed by biophysicist Dr. Konstantin Korotkov of St. Petersburg, Russia. The EPC/GDV technique is accepted by Russian Ministry of Health as a Medical technology and certified in Europe. To its credit more than 1000 doctors, practitioners and researchers benefit from using this technology worldwide. And more than 150 papers have been published on GDV in over 40 different countries.

While holding a Quantum Scalar Tensor Ring simply calm your mind of clatter for just a few moments. Very soon you feel a subtle tingling sensation at your finger tips. This is the frequency vibration of the Ring in operation. The longer the Ring is held or worn, the tingling will begin to dissipate as the signature frequencies harmonize with the frequency signature of your body. Think of it as the Ring frequency aligning with you as it transfers information to your DNA and cellular system.

The energy field of the Ring travels out from both sides of the copper circle, in both directions like an invisible flashlight. This beam holds and transmits higher light frequency signatures which are accessible to anyone holding the device. The frequency generated forms a column of energy that affects anything placed within the diameter, or on either side of the ring. Potentized energy pours out from the tensor field. The actual distance is yet to be quantified. Those individuals extra-sensitive to energy claim the field to extend a number of feet in each direction. The number of wires used in the winding, the gauge thickness wire used and the diameter of the looped ring will no doubt be the determining factors when we learn the actual area of influence. 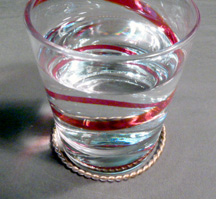 The energy field of a Tensor Ring has the ability to organize the molecular structure of organic material placed within the circle of the Ring. This includes the water in the cellular makeup of our body. When water passes through or sits within a Ring, its molecular structure becomes potentized. Within 24 hours a slight increase in Ph, higher alkalinity, has been shown to take place. Keep in mind, our physical cellular structure and DNA are composed of more than 70% water. 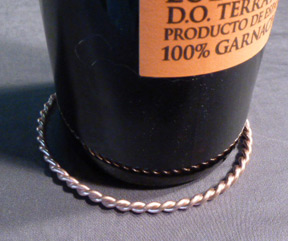 I have personally conducted a number of taste test experiments using a number of different liquids. Water, wine, juices, liquor as well as liquid health concentrates were tested. I found a noticeable shift in the taste quality of each liquid, they became smoother and have a softer quality.

According to Phillip Callahan, an expert on paramagnetism, Tensor Rings exhibit a paramagnetic value many times greater than anything he ever tested. This means Tensor Rings cause some of the elements in water to spin to their high-spin state referred to as Orbitally-Rearranged Monoatomic Elements. The longer the liquid sits inside the field of influence, the more refined the structure of the liquid becomes. I’ve included a number of research papers addressing frequencies and DNA at the “Researcher Links” section on this site. 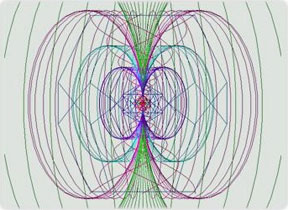 Tensor Loop rings generate toroidal vortices similar to a smoke ring. A tensor field forms across the opening of the ring. This appears as a faint sheen much like the thin film that forms across a child’s bubble ring when dipped in soapy water. Many have observed this when the Ring is held at an angular position against a dark background.

The science of quantum mechanics is expanding with new discoveries which refute traditional academia, much to their dismay and heated discussion. Many scientists are beginning to wrap their head around what quantum physicists have known for some time. That being the idea how time may not be linear but exists as being more fluidly accessible in either direction, future or past. Scientists are also coming to ponder torsion fields may transmit information without transmitting energy, as though being other dimensional.

Torsion fields are also not required to follow the superposition principle (The idea that a NOW state of being is the result of two or more earlier influences which lead up to NOW). That strong torsion fields are generated by high electrical potentials and by devices with organized circular or spiral electromagnetic processes, such as Tensor Rings exhibit.

In the field of alternative medicine bioenergy healers are creating permutations in the Vacuum or zero-point field (ZPF) via torsion fields which change the characteristics of the host. In their related research the Vacuum/ZPF is being defined as a vast energy field that is neither classically electromagnetic nor gravitational, nor nuclear in nature. Instead, it is the originating source of the known electromagnetic, gravitational, and nuclear forces and fields. It is in the early stages of being recognized as the originating source of matter itself, our venturing towards more understanding Source, from where we all originate.

Portions of the above text were excerpted from:
Slim Spurling’s Light-Life Technology User’s Guide – By Cal Garrison
What is a Tensor Ring – By Brian Bresco